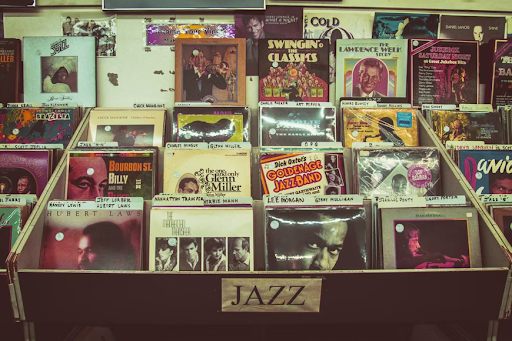 Vinyl records are back! Vinyl records have been around for decades, but they were replaced by CDs and MP3s in the 1980s. Recently, there has been a resurgence of vinyl records as people realize that digital music is not always the best option. This blog post will discuss six reasons why vinyl is better than digital for people who love music. 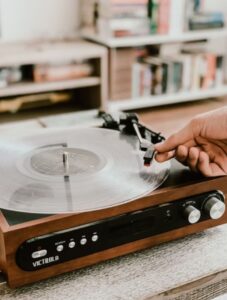 Record Players Are Kind of Cool

The look, the feel, it’s an experience. If you own a record player and enjoy music then at least part of your love for vinyl is because you appreciate this ritualistic aspect to listening to records. If you don’t own one, you can search online for Top Record Players and find one that fits your style and budget. Vinyl is like an accessory for people with great taste in music (and it looks nice on Instagram).

If this sounds cheesy or silly then congratulations because you are not currently making time for listening experiences that suit your personality. Make some! You’ll be happier when you do. Music makes life better so why shouldn’t something as personal as how we listen follow suit? There are so many other ways that people engage with music now but something about putting on a record or watching someone else put one on just seems more special than turning on Spotify in our opinion. Even if you don’t have multiple players there are plenty of reasons why owning at least one turntable can be beneficial!

Vinyl records are more collectible than CDs or MP players. Some of the most popular vinyl records have been pressed in limited quantities and can be quite valuable, especially if they are still sealed (sealed means that the record has never been opened by a customer). There is nothing like finding an original Beatles Butcher Cover album, and the thrill of opening a new, unopened record.

Some vinyl records increase in value over time because they are collector’s items or rare editions that can be quite valuable if you find them second-hand. Other albums become collectible as their artists become more popular over time. Often, classic rock music will increase in value, as more and more people discover the music.

Vinyl records have better sound quality than CDs or MP players, and this is especially true for classic vinyl recordings that were originally recorded before the digital age. Some of these albums were recorded with a single microphone in a room which meant they didn’t have to be mixed down using sophisticated mixing boards and electronics. They often have a live sound to them that cannot be reproduced using digital recording equipment.

Vinyl records are sturdy and durable. They can handle being stacked on top of each other, or even if the spindle hole is accidentally punctured by something sharp like a needle. Digital files can be easily corrupted because they’re so delicate, especially when sent over wireless networks where interference could compromise them completely. Vinyl records may warp under extreme heat but this warping increases fidelity as it reduces noise caused by stylus drag during playback.

Vinyl records are pressed on heavy vinyl with deep grooves, and the stylus used for playing is much bigger than those in CD players or MP-players. This makes the needleless likely to skip over imperfections that may exist on some of your favorite albums.

Released At A Faster Pace Than Ever Before

California-based Black Flag has been releasing new albums on vinyl at a faster pace than ever before. Not only are indie labels leading this charge with smaller releases but established artists like The Flaming Lips have their record label now too where they release music exclusively on vinyl. This is good news for anyone who loves collecting or listening to records because it means there will be more readily available selections from which you can choose.

However, vinyl records are making a comeback in popularity because people are beginning to understand why they’re better for music lovers who truly appreciate high-fidelity sound quality! Digital formats do offer convenience by allowing us to carry our favorite songs around with us everywhere we go – whether it comes down to MP-players or streaming online services like Spotify – but if you love your music then there isn’t anything quite as satisfying as vinyl record collection… unless perhaps it would be a turntable like this one which can convert your records into digital files too!

Vinyl records last longer than CDs because they don’t scratch as easily and can handle being moved around a lot more without getting damaged. Digital files may be vulnerable to corrupting when handled by human error or various other outside factors such as network interference, meaning that if you’re not extremely careful with them then there’s always the possibility of losing your music collection entirely! This makes vinyl an attractive option for anyone who loves their favorite albums and wants to preserve them in pristine condition over time rather than having to worry about loss due to human error or wear & tear.

Vinyl is better than digital formats, especially for people who truly love music! They are sturdy and durable, released at a faster pace than ever before, have higher fidelity sound quality, last longer in general, and are less vulnerable to lose from human error.